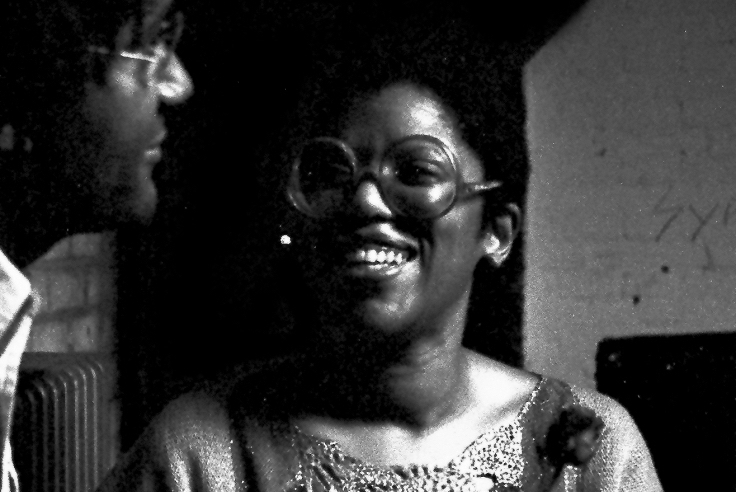 An evening celebrating the art and music of the great African-American vocalist, sound poet, composer and educator Jeanne Lee (1939–2000). The programme consists of new arrangements and interpretations of songs, compositions and performances drawn from Lee’s 40 year career.

Like her contemporary Nina Simone, Lee possessed, in the words of US scholar Daphne A Brooks, “the ability to mix and match musical forms as a way to break free of the racial and gender circumscriptions placed upon her in popular music culture”.

To explore Lee’s radical legacy, Elaine has brought together a number of leading UK musicians from the worlds of contemporary jazz and new music: saxophonist Jason Yarde; cellist and leader of Apartment House Anton Lukoszevieze; pianist Alexander Hawkins; drummer Mark Sanders; and bassist Neil Charles. Under Mitchener’s direction, the group perform works which reveal the full range of Lee’s art in a programme that will include avant grade sound poetry, experimental interpretations of jazz standards, and Fluxus-inspired performance.

Jeanne Lee (1939–2000) was an African-American vocalist, poet, composer, improvisor, activist and educator who worked extensively in both the US and Europe. Throughout a four decade career she collaborated with numerous leading composers and performers including Gunter Hampel, Ran Blake, Carla Bley, Anthony Braxton, Marion Brown, Archie Shepp, Mal Waldron, John Cage, Pauline Oliveros, Jackson MacLow and many others.

“Mitchener also makes a virtue of this ‘out of many threads one fabric’ aesthetic but, crucially, she brings her own character and idiosyncrasies to bear on Lee’s repertoire.” Jazzwise Magazine

“Elaine Mitchener is a singer who defies all categories — and that’s the way she likes it, she tells Chris Searle” Morning Star