Vocal Classics of the Black Avant-Garde 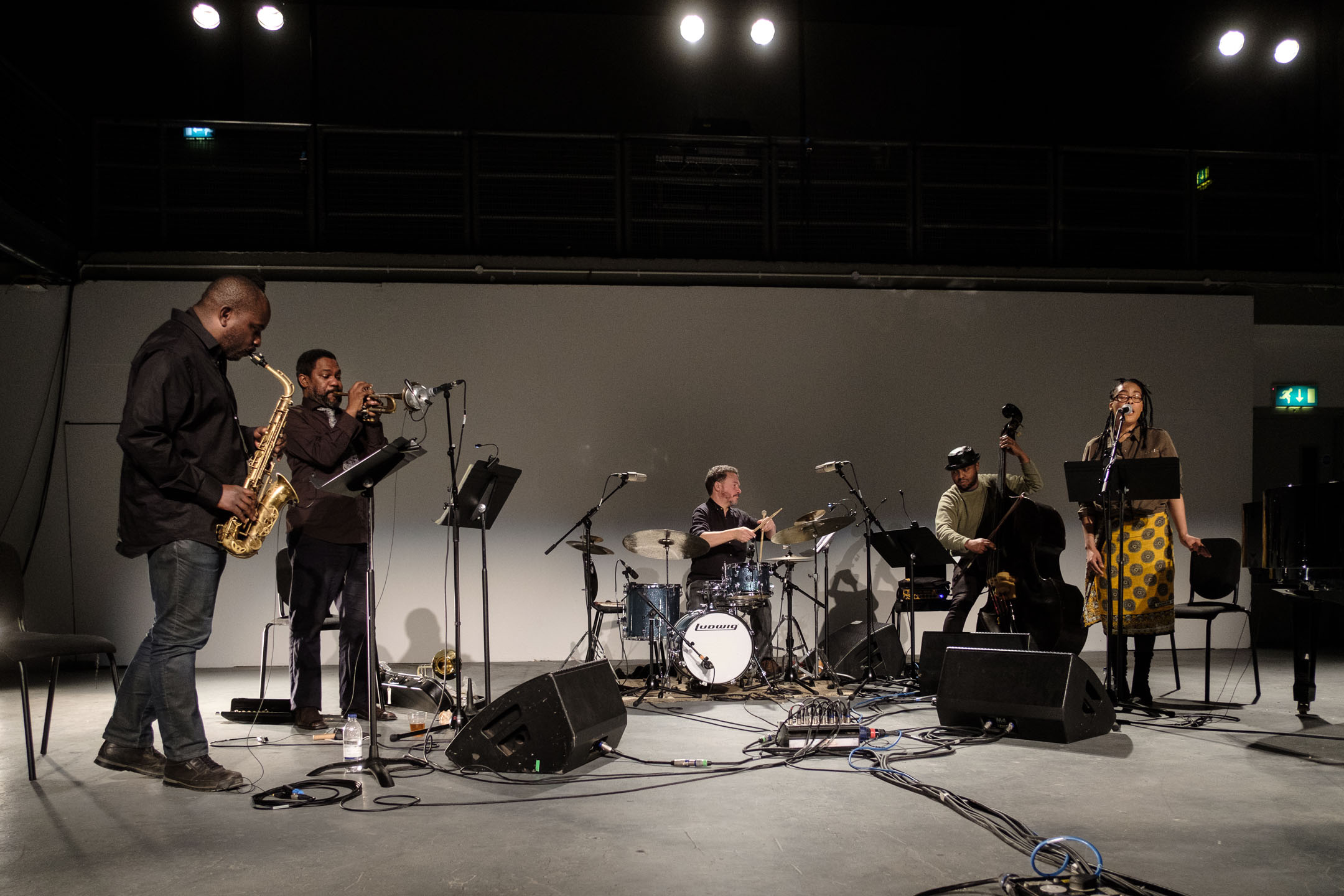 For Vocal Classics Of The Black Avant-Garde, highly charged and political works by Eric Dolphy, Archie Shepp, Joseph Jarman, and Jeanne Lee are re-interpreted and re-presented by an ensemble of leading UK jazz musicians brought together for this event by Elaine Mitchener Projects.

The repertoire for this 60-90 minute programme consists of a number of seminal works, drawn from the 1960/70s African-American avant-garde, which combine vocals and text with experimental jazz forms.

These works illuminate an occluded moment in American cultural history, when the avant-garde aesthetics of new jazz doubled as a metaphor for the imminent politics of civil rights. Composed in very specific response to the perilous condition of black people in America, the works’ synthesis of experimental sensibilities, radical political sentiment, and gutbucket expression cuts across boundaries of time and space to resonate universally in the here and now. In the era of #BlackLivesMatter and UK’s Windrush Scandal, these works speak powerfully of the need for resistance and resilience, sound stark and original, their hypermodernism firmly rooted in vernacular tradition.

With Vocal Classics Of The Black Avant-Garde, highly charged and political works by Eric Dolphy, Archie Shepp, Joseph Jarman, and Jeanne Lee are re-interpreted and re-presented by an ensemble of leading UK jazz musicians brought together by Elaine Mitchener Projects.

“This gig is a potent, provocative event that underlines the blues as a foundation for progressive black culture” Jazzwise Magazine

“The band captured the genre-bending energy of those times without imitation and added emotional force to the songs presented. (…) Mitchener was a syllable-stretching, sound-crunching force of nature throughout.” Financial Times

“The vocalist Elaine Mitchener, the poet Dante Micheaux, the saxophonist Jason Yarde, the trumpeter and flautist Byron Wallen, the pianist Robert Mitchell, the drummer Mark Sanders and the bassist Neil Charles delivered their set of Vocal Classics of the Black Avant-Garde with brilliance, discipline and daring; a body of work as substantial, poetic and exciting as Hans Werner Henze’s Voices.” The Times

“Digging deep into their own history is exactly the long run up Mitchener and her ensemble need to make their great musical leaps into the future.” The Wire

“Whereas the originals pushed the envelope of their times and, on listening to recordings where available, still unnerve convincingly, the interpretations presented at Cafe Oto pushed today’s envelope in equally uncomfortable directions as, by implication, they reflected and acknowledged the issues in which society remains deeply mired.” London Jazz News

“It’s a marvel that such a small urban space as Cafe Oto, in the hard streets of Dalston, can contain all this music with its profound messages.” Morning Star

“They rose to the challenge with an impressive, tactile take on key compositions which blended activism with the avante-garde, highlighting bonds between jazz and poetry.” London Jazz News

“The soul that should go with funk was offered up with great effect at the Noumatrouff on Météo’s second night when singer Elaine Mitchener and her London-based septet presented what was billed as vocal classics of the avant garde.” JazzWord