Vocal Classics of the Black Avant-Garde at LCMF 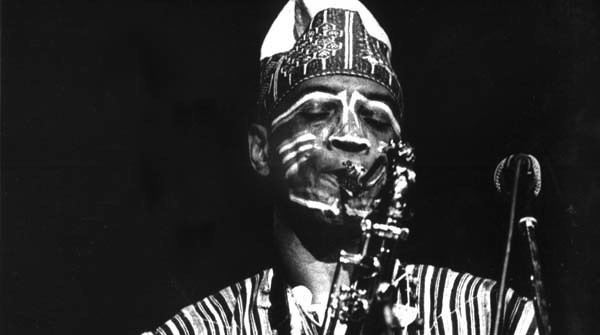 The repertoire for this 60 minute programme consists of a number of seminal works, drawn from the 1960/70s African-American avant-garde, which combine vocals and text with experimental jazz forms.
These works illuminate an occluded moment in American cultural history, when the avant-garde aesthetics of new jazz doubled as a metaphor for the imminent politics of civil rights. Composed in very specific response to the perilous condition of black people in America, the works’ synthesis of experimental sensibilities, radical political sentiment, and gutbucket expression cuts across boundaries of time and space to resonate universally in the here and now. In the era of #BlackLivesMatter, these works speak powerfully of the need for resistance and resilience, sound stark and original, their hypermodernism firmly rooted in vernacular tradition.

For Vocal Classics Of The Black Avant-Garde, highly charged and political works by Eric Dolphy, Archie Shepp, Joseph Jarman, and Jeanne Lee will be re-interpreted and re-presented by an ensemble of leading UK jazz musicians brought together for this event by Elaine Mitchener Projects.

Vocal Classics of the Black Avant-Garde:
Eric Dolphy Jim Crow (1962)
Archie Shepp On This Night (If That Great Day Would Come) (1965)
Joseph Jarman Non-Cognitive Aspects Of The City (1966)
Jeanne Lee In These Last Days (1979)
Jeanne Lee / Gunter Hampel Group The Capacity of this Room (1970)
Les McCann Compared to What (1969)

Listen again to broadcasts with Elaine interviewed by Tom McKinney on her new work SWEET...