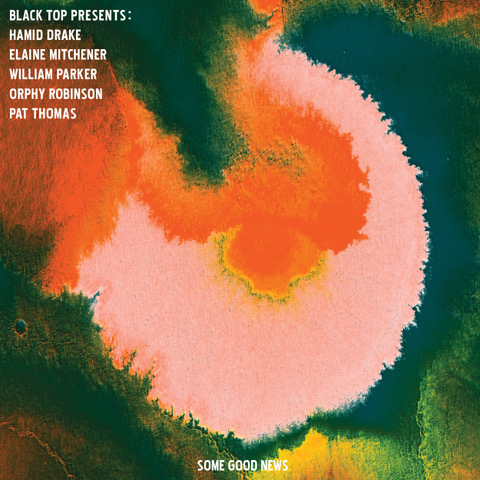 Formed by Orphy Robinson and Pat Thomas but always realised with an ever changing number of invited musicians, Black Top’s blend of lo-fi samples, dub effects and experimental electronics has been daring free improvisation since 2011. Their virtuoso performances draw on their Afro-Caribbean roots with delicious spontienty and humour; the histories of Ridley Road Market, the LIO and Islamic West Africa are sounded out side by side on iPad, marimba and vibraphone. Having met in 2006, Black Top played with bassist William Parker and drummer Hamid Drake as part of their residency at Cafe OTO in 2016; forming a quartet grounded in transatlantic kinship but which looked outward to the Carribean, calypso music and Saharan gnawa rhythms. When Parker and Drake returned to OTO in 2019 Black Top reformed again, but this time with the brilliant addition of vocalist Elaine Mitchener. Over the last few years the clarity with which Mitchener has explored vocal expression in the global Black Avant Garde has been stunning, but here the range in her influences is manifest, moving effortlessly between phonetic and poetic experimentation and spoken word, all the while at ease with soul soaked jazz and dissonant free fall. A hand drum duet with Hamid Drake astonishes before being laced perfectly with cosmic theremin and Parker’s fantastic acid shehnai.

Recorded live at Cafe OTO on Sunday 28th July 2019 by Paul Skinner and mixed and mastered by James Dunn. Photos by Dawid Laskowski and artwork by Oliver Pitt.

We are family – New Music Show presented by Elaine

In this episode of Radio ArtEZ, Elaine offers background to her work and her...